by Barb Binder, Adobe Certified Instructor on FrameMaker
Updated: May 22, 2020 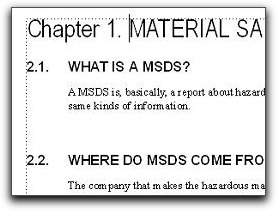