In a recent Photoshop CS5 class, a student encountered unexpected red highlighting on a .jpg image opened through the Camera Raw dialog box. Instead of the image on the top, it looked like the one on the bottom. Clearly Photoshop was trying to tell her something, but what? 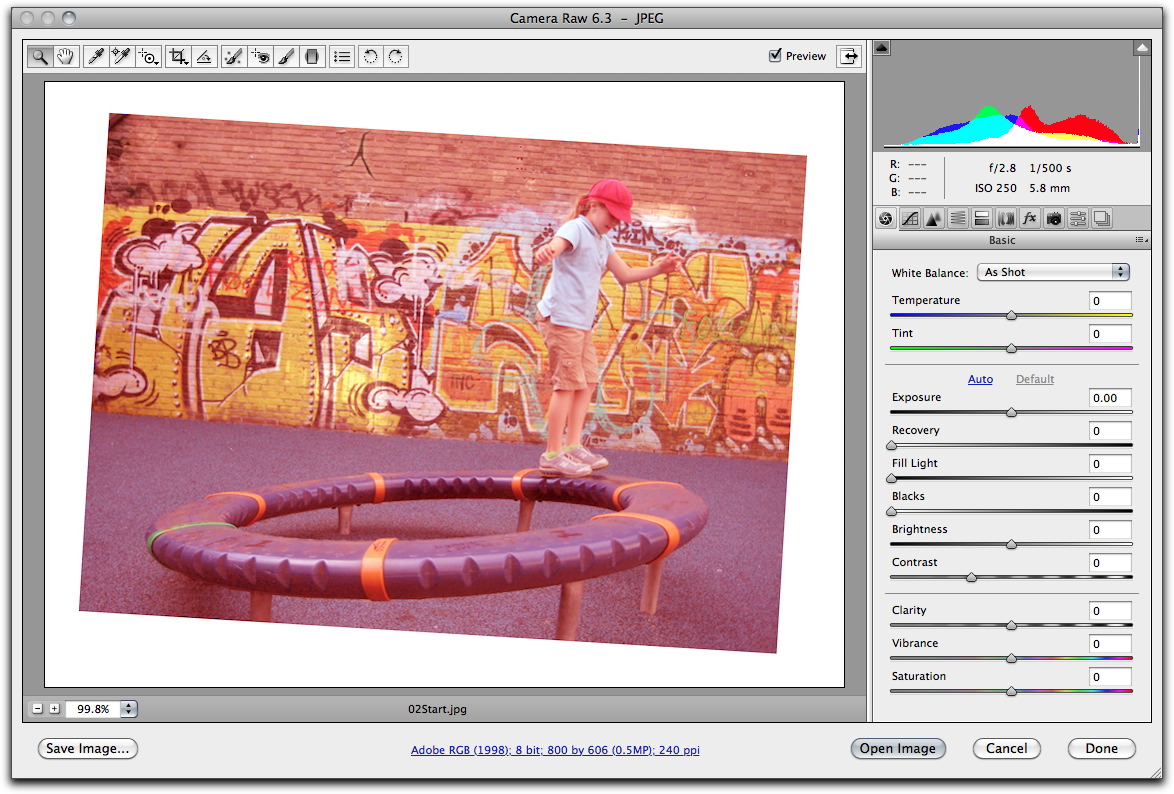 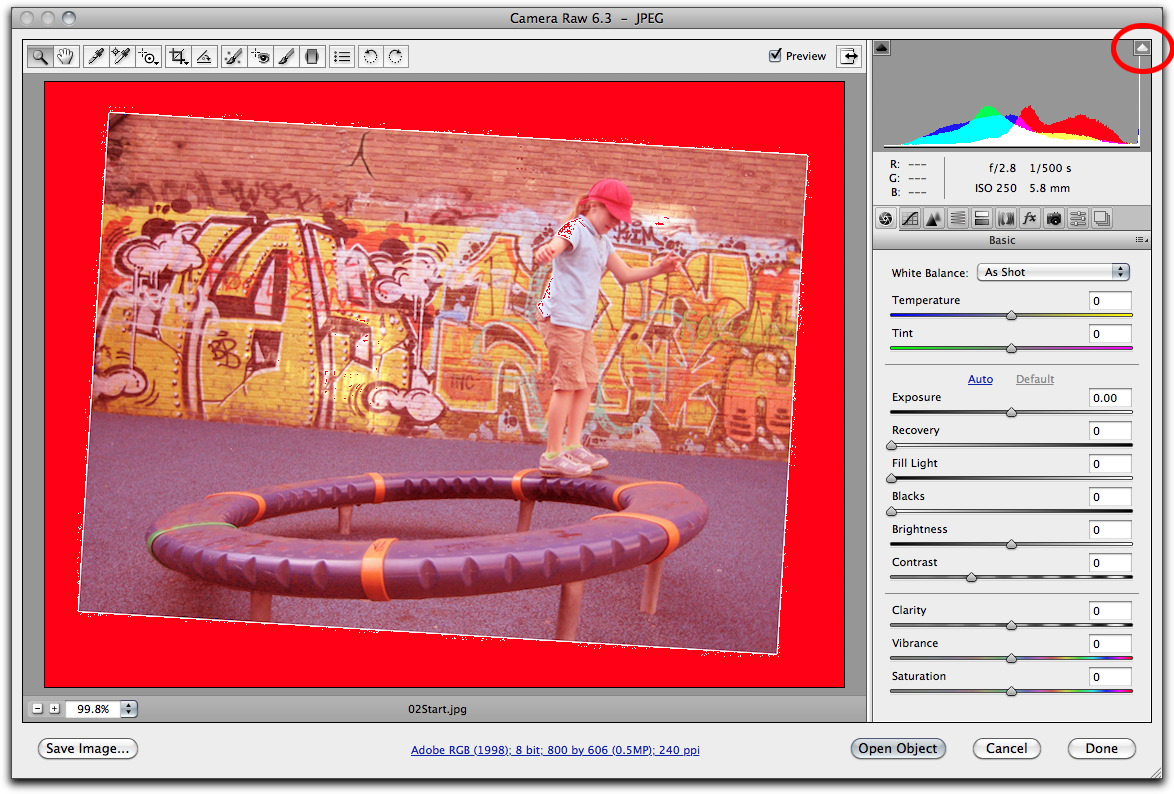 It turns out that my student had previously activated the Highlight Clipping warning triangle in her histogram, and Photoshop was just trying to alert her about losing detail in her highlight areas. The fix? Just click the top right (white) triangle on the histogram to turn it off. Even easier, tap the letter the letter O to turn the warning on and off.

On a related note, the dark triangle on the left of the histogram does the same thing with the Shadow Clipping warning. Or just tap the letter U.

One thought on “Adobe Photoshop CS5: What’s that Red (or Blue) Highlighting in the Camera Raw Dialog Box?”