I received the following inquiry from one of my recent Advanced Adobe FrameMaker students.

I have a question about formatting tables in FrameMaker 9. My document has a large table that is built with 6 columns (example below):

I need to create additional rows at the bottom of the table, that evenly divide the table into two columns (see example below):

I’m stumped. Can this be done?

The answer is yes, and I offered up two options:

When I followed up a few days later, he said that the table turned out just fine. He ended up choosing to merge the cells, and was satisfied with the results. 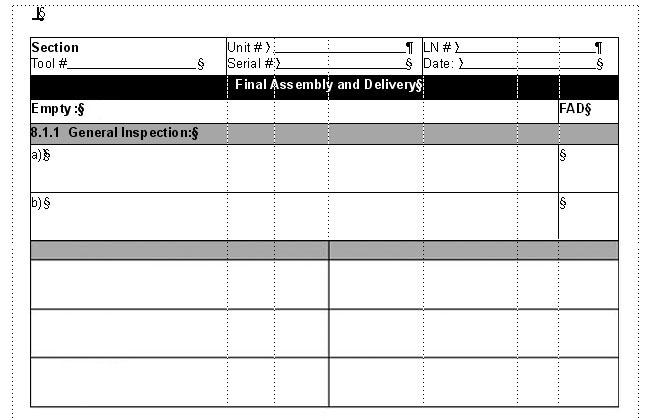 * Remember, FrameMaker uses Table > Straddle to merge two or more selected cells into a single cell, and Table > Unstraddle to break them apart.