Adobe Photoshop: Adding a Vignette as a Creative Effect

In photography, the term “vignette” refers the darkening (or sometimes lightening) the edges of an image, as compared to the image center. Sometimes vignetting is an unintended and/or undesired effect caused by camera settings or lens limitations. Other times, it is added after the fact as a creative effect. In the two images below, the original is on the left, a vignette was added to the one on the right to draw the eye towards the center of the photo. 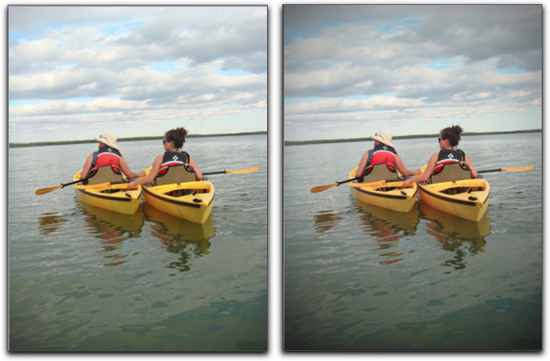 Remember, by selecting Convert for Smart Filters before you added the lens correction, you can hide and show the effect, or double click the Lens Correction effect in the Layers panel to modify it later.

If you’d like to receive notifications about future Rocky Mountain Training blog posts, our classes, or just want to stay in touch, please like our Facebook page.

11 thoughts on “Adobe Photoshop: Adding a Vignette as a Creative Effect”