Draw Inside and Align Stroke to Inside (or Outside) are individually two terrific features. However, unlike a Reece’s Peanut Butter cup, they are not two great tastes that taste great together. I discovered this in my Adobe Illustrator class this week.

Align Stroke to Inside or Outside

Stroke is Adobe’s word for border. When you want to place a border around an object, as shown around the triangles below, you start by setting a stroke color and a stroke weight. The default stroke position is to center the stroke over the path. (If you look closely at the first triangle, you will see that the blue path is centered inside the black stroke.

There may be times when you would prefer to move the stroke inside or outside your object. You can accomplish this by selecting Window > Stroke > Align Stroke. 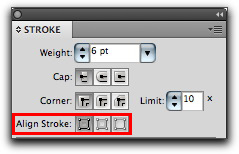 In all three triangles, the path is the exact same size. If you look closely at the blue path, you will see that the black stroke is fully inside the path on the second triangle, and fully outside the path on the third triangle. When it comes to sizing and positioning multiple objects, having this level of control is fantastic.

Drawing modes were introduced in Illustrator CS5. The idea behind the Draw Inside mode (shown at the bottom of the Tools panel, below) was to simplify the creation of clipping masks. 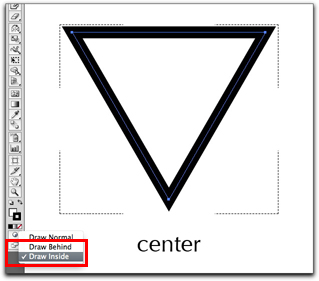 To use Draw Inside mode, you select a shape (in my example, it’s the triangle with the centered stroke), and then select Draw Inside. The addition of the dotted line corners indicate that you have enabled the mode and which object will function as the clipping path. Normally, when you add an object (in my example, the pink Bristle Brush) over another object, it appears on top. 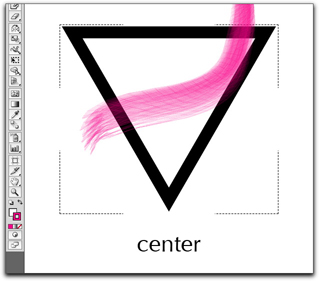 When Draw Inside mode is enabled, the new object is immediately clipped, or masked, by your object when you release the mouse button. 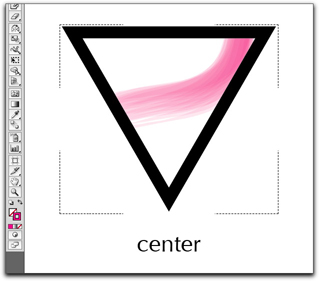 It’s very cool. It’s very easy. And until yesterday, I thought I was the master of Draw Inside. Instead, it showed me that I had more to learn.

What’s the issue? These two features don’t play well together, and it was not initially obvious to me what the problem was. When I repeated the steps shown above with a stroke aligned to the inside (or outside) of the clipping object, it started out OK. 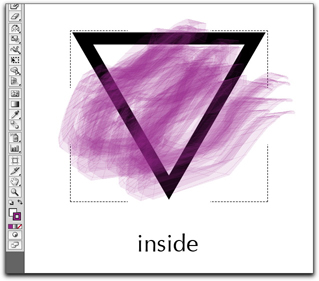 But when I released the mouse, I saw that the clipping worked, but the stroke had quietly disappeared . 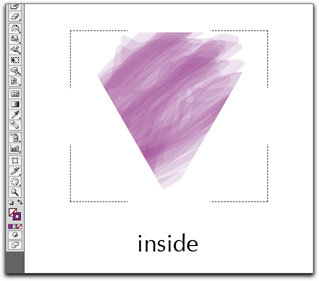 Upon further investigation (I’m in Isolation mode in the image below), the triangle is there, and it shows that it has a 6 pt black stroke applied. So why can’t I see it? 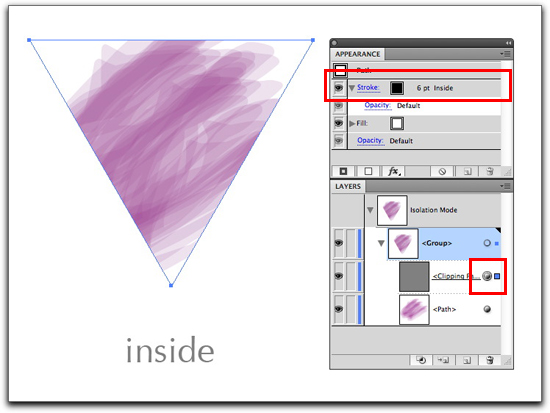 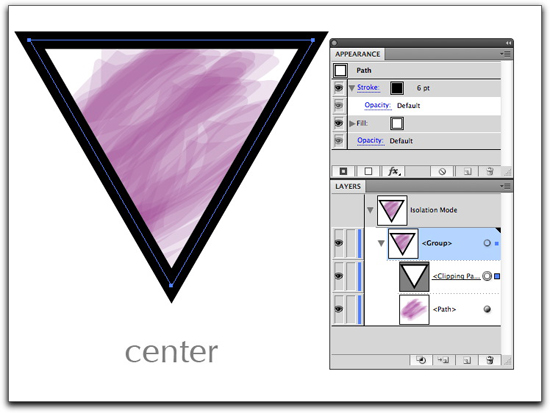 Editor’s Note: In the spirit of full disclosure, I was not the one that solved this mystery. Full credit goes to my sister, Jane Edwards: Software Investigator Extraordinaire and Adobe Certified Instructor on Illustrator CS5 .  (On a purely selfish note, I must admit that it made me feel better that it took her a little while to get to the bottom of this.) Jane is an awesome trainer on lots of different programs. Check out her training services at www.MonarchTraining.net. And thanks, Jane! You da best.

9 thoughts on “Adobe Illustrator: Draw Inside Mode & Inside Strokes Don’t Play Well Together”